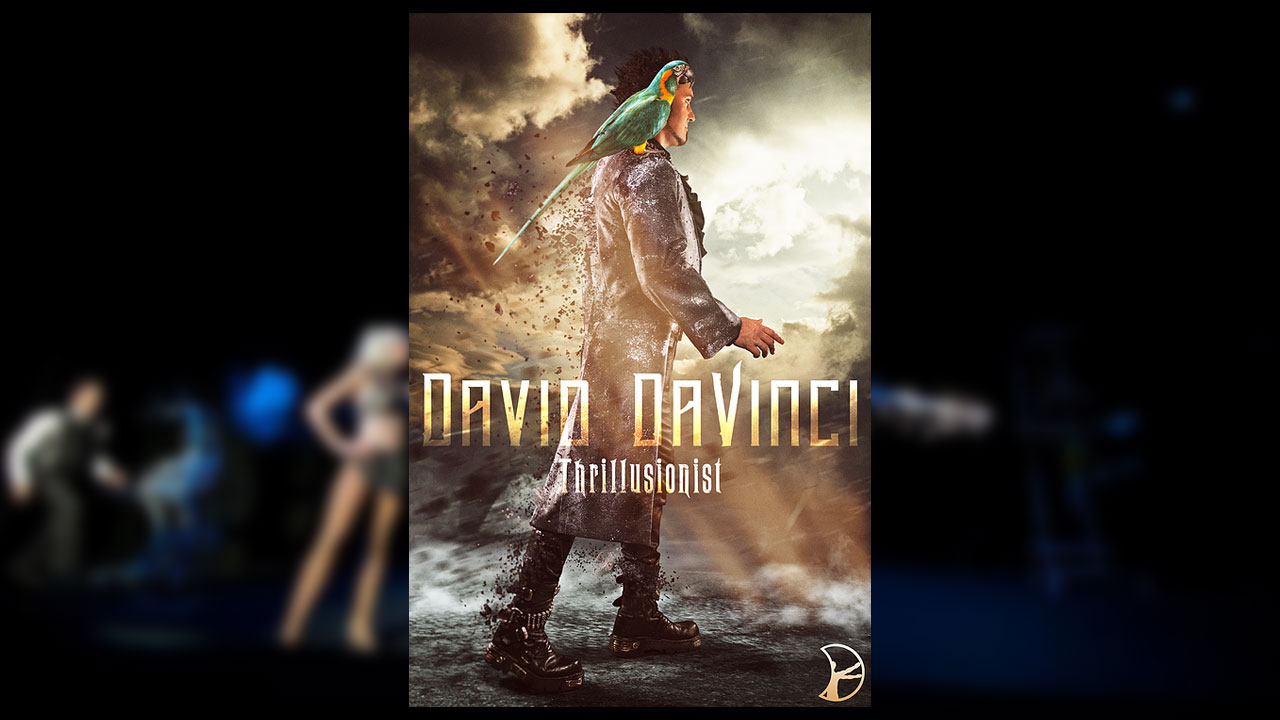 David DaVinci is a world-class illusionist who has completed multiple world tours, starred in & co-produced “Magical Flight” at the Hyatt Regency Saipan, headlined on five Ringling Brothers & Barnum and Bailey Productions, Headlined at theme parks and on Disney, Holland America, Princess and Norwegian Cruise lines all over the globe. He has won multiple national and international awards including the Pacific Rim Professional Stage Championship, and the Masters of Magic Award.

David’s career started when he performed his first show in the 5th grade. By high school he was a local celebrity with performances at local restaurants like Red Robin, Chile’s and Blue Bayou in Spokane, WA. His career continued to explode and eventually took him to more than 50 countries, on six continents.

His illusions have been seen on multiple television specials; Masters of Magic, Magic Planet, OTV in Shanghai and many others. DaVinci has performed for international royalty, and celebrities such as Rod Stewart, Shaquille O’Neal, Jennifer Garner, and Vanilla Ice just to name a few. From theme parks to casinos, his shows are always a hit. He is a well sought after entertainer for corporations as well, from AT&T to BMW and Lamar Outdoor Advertising.