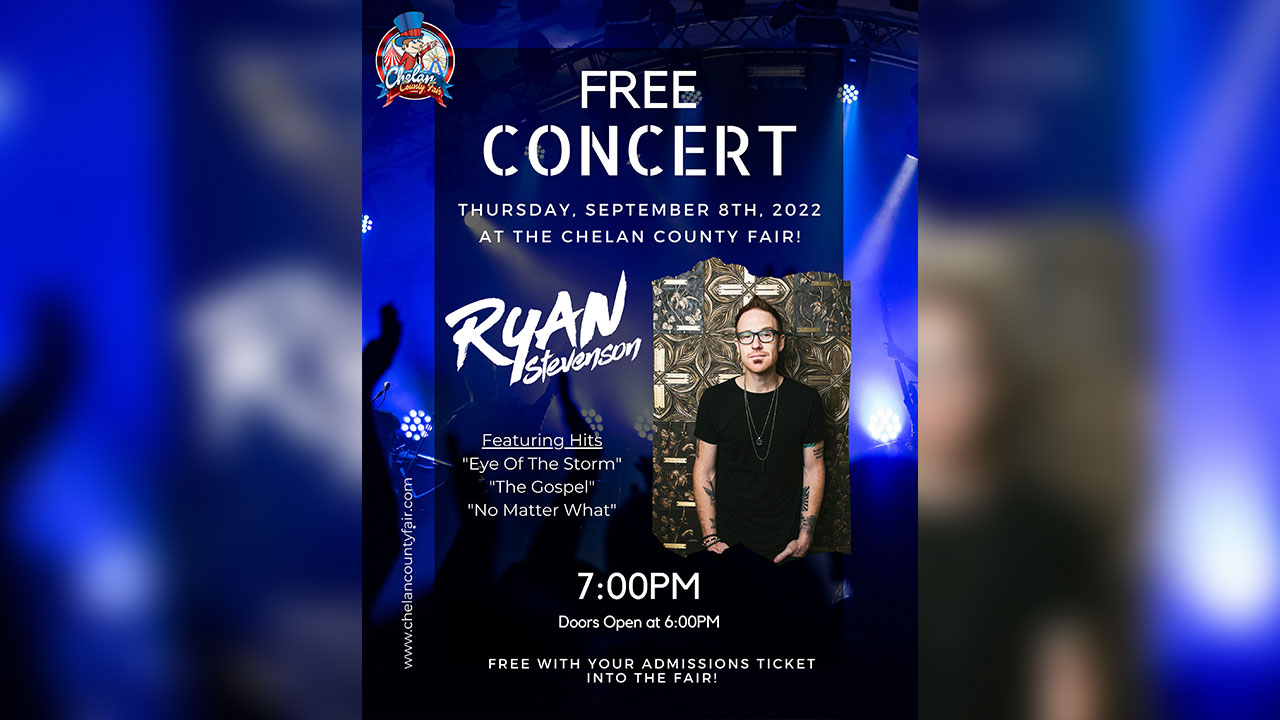 Following a nine-year stint as a paramedic, Pacific Northwest native Ryan Stevenson signed an exclusive agreement with Gotee Records in 2013 after capturing TobyMac’s attention by co-writing the No. 1 and GRAMMY® nominated single “Speak Life."

His first recording for the label was the Holding Nothing Back EP in 2013. This was followed by 2015’s full-length album Fresh Start, which featured the RIAA Gold Certified® single “Eye of the Storm.”. No. 1 for 16 total weeks in 2016, including nine weeks at Billboard’s Christian Airplay/Audience, "Eye of the Storm" was also at the top for 14 consecutive weeks on Billboard’s Christian AC chart, and listed as the No. 2 Billboard Christian AC song that same year. The song also won a Dove Award for Christian Pop Contemporary Song of the Year in 2017, and was nominated for two 2017 K-LOVE Fan Awards as well as a 2017 Billboard Music Award for "Top Christian Song.”

In 2018 album he released No Matter What, which featured collaborations with Bart Millard of MercyMe and Amy Grant, along with the top single “With Lifted Hands,” which became his fourth consecutive top 10  Billboard Christian Airplay single. With five No. 1 singles (three as an artist and two as a co-writer), a GRAMMY® nomination, Billboard Music Award nomination, a Dove Award (2017), ASCAP honors and major tour bills with the likes of TobyMac, MercyMe, Newsboys, and Matt Maher, among others,

Ryan Stevenson has already distinguished himself as a rare talent whose unique perspective guides his honest lyrics and sonic sensibilities. 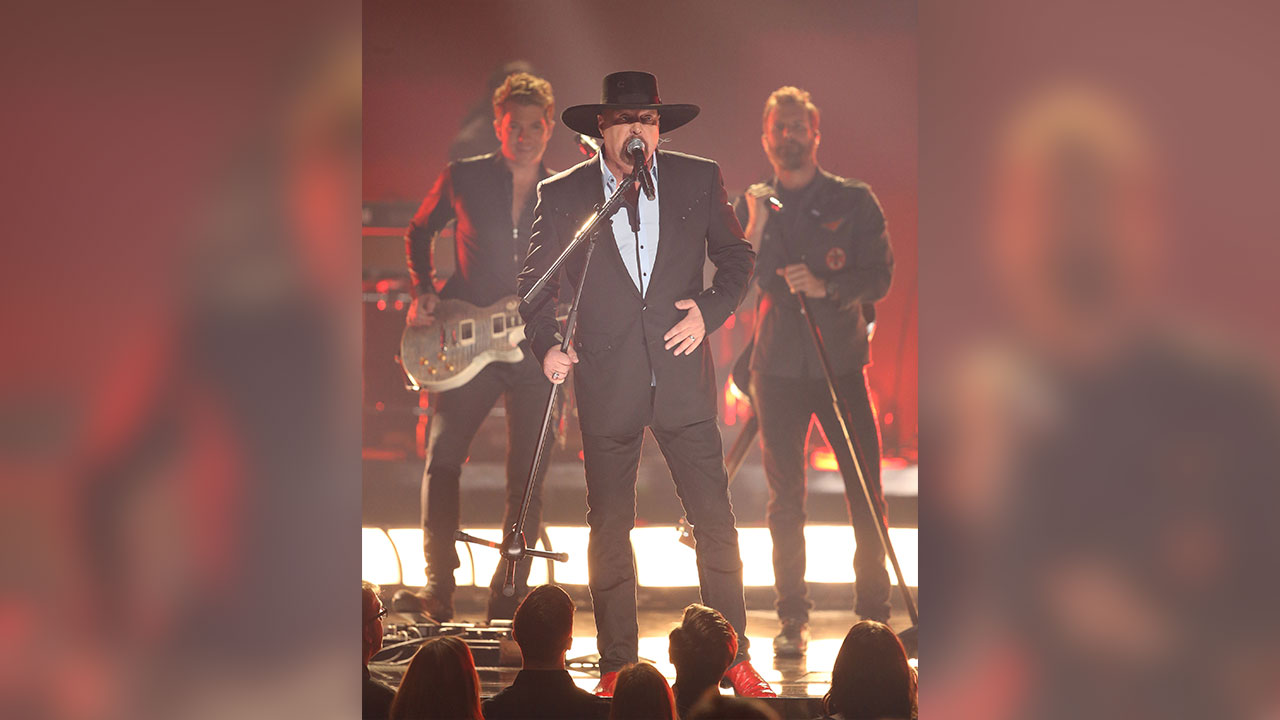 Eddie Montgomery of Montgomery Gentry
7:30 PM – Arena Stage
Free with your admission ticket into the fair

You might catch Eddie Montgomery taking a quick glance at an empty space beside him when he and The Wild Bunch take the stage to play the expected duet hits as well as tunes from his brand-new and mostly raucous solo debut “Ain’t No Closing Me Down.”

By tragic circumstance a solo artist, Eddie always feels the presence of Troy Gentry, his honky-tonking partner back to the days they played for beer or a chunk of flesh at a pig roast near their eastern Kentucky roots.

The man who is always “with” Eddie on stage and immersed in the soul of his first solo album is his long-time partner, Troy Gentry, who died Sept. 8, 2017, in a helicopter crash that could have put a tragic end to Montgomery Gentry sound. Except Eddie made a promise that the MG sound would go on: Which, at its heart, is what this new album is all about.

Rowdily honed in honky-tonks and at parties in their Kentucky homeland, Montgomery Gentry rocked to stardom in 1999 with propulsive collection “Tattoos & Scars.” Over the next 18 years, the duo had 20-plus charted singles, collected CMA, ACM and Grammy nominations and awards with such unsubtle, blue-collar rallying cries as “Hell Yeah,” “My Town” and the irrepressible “Hillbilly Shoes.”

Their No. 1s included “If You Ever Stop Loving Me,” “Something to be Proud Of,” “Lucky Man,” “Back When I Knew It All” and “Roll With Me.” Grand Ole Opry members since 2009, MG also belong to the Kentucky Music Hall of Fame, where they join the likes of Bill Monroe, Tom T. Hall, Skeeter Davis, Lionel Hampton and Eddie’s brother, John Michael Montgomery.

The last name on that list – “John Boy,” as Eddie refers to his brother – was with the other two young men when they tore up roadhouses and pig roasts, following the career path carved out by the Montgomery boys’ dad and his outfit, “Harold Montgomery and Whatever You Wanted To Call It.”  The heart of that outfit: Harold on guitar and mom, Snookie, on drums. “Me and John Boy were roadies,” says Eddie. “We seen a lotta things in honky-tonks…. The bartenders were our babysitters, and we moved around a lot. I must’ve had my mid-life crisis by the time I was 8.”

“I’m happy where I’m at.” And part of the reason for that happiness is that he always has his best friend to lean on: “Troy is always with me. He helped me write this album with my heart and soul.” Eddie continues describing how this new album was birthed after he knew it was time to go on as the M without the G. “I was just wanting to wait until it felt right for me, and when it come to me in my heart, with Troy and myself.

“Ain’t a day goes by that I don’t think of him,” he says. “We made a promise, a deal, way back when. It was over Jim Beam. It was: If one of us goes down, we want Montgomery Gentry to go on. Keep the music going. We were a honky-tonk band, and he’s with me, and he’s always going to be.” He smiles. “We were together so much, we finished each other’s sentences and everything,” a brotherhood that remains in his solo billing: “It’s always going to be ‘Eddie Montgomery of Montgomery Gentry.’”

In fact, The Wild Bunch – the outfit that rode the range with MG for years -- provides accompaniment with this album, a change from the past, when Eddie says Music Row session players would be called in.

It is both a tribute to his late friend as well as the sonic bridge for the guy who hopes to carry this legacy well into the future. “I wanted to showcase our band. I wanted music that’s real and in your face.”

Even though he was fulfilling a promise to Troy, Eddie took a year off after the accident to ponder how and if he’d carry on. The COVID pandemic gave him an extra year-and-a-half. With the help of some of Nashville’s best honky-tonk-flavored writers, he has fashioned an album that is both a tribute to the past and a rowdy reach into the future. “I wanted to comfort my soul and have the greatest writers help me put it together.”

Much of the soul-salvation can be found in the song, “Alive and Well.”

“It’s pretty much my life,” he says of the song that salutes his best friend as well as two sons who are gone. “One died quite a few years ago. I lost my other son a year before, the same month as Troy. September is not my favorite month.” While it is a farewell, it also is a promise to keep going, the promise he delivers in the rest of the album. “When I wrote that song, it helped my heart. It helped me a little bit, I reckon, to heal the wounds. But the scar is always there.”

The promise to keep on going is proclaimed in full MG-style in the first cut, “Ain’t No Closing Me Down,” a rock-driven dose of barroom braggadocio that sprung from his holing up at home located on the outskirts of a golf course during the pandemic. “After the corona hit, I got a bunch of grills and stuff. I pulled my truck out of the garage. I was puttin’ up TVs, got a PA in my garage. I got one of those glass, commercial refrigerators in there. And people started coming to the house.”

While the world was shut down, Eddie welcomed all comers.  Nobody was closin’ him down. Golfers would climb off the course to visit, joining other friends from miles around. “I’d always be grilling. They’d come up and grab a hamburger or some ribs, a Jim Beam and a beer.”

Some songs offer even more hope, like “Ain’t She Beautiful,” which isn’t about his “smokin’-hot wife,” but rather about the nation he cherishes. John Boy’s son, Walker Montgomery, wrote that one, and Uncle Eddie happily recorded it. “It was a great honor for me to cut my nephew’s song. I don’t think I coulda wrote it any better. I love this country. It’s the greatest country on earth. I love our great American heroes. I don’t care who decides to try to destroy it, it’s going to keep on going, because it’s the only place you can decide what you want to do, who you want to be.”

Other songs include “Higher,” a duet with Tanya Tucker: “What an honor, singing with Miss Tanya.  When I hear it, I don’t even listen to me singing, I listen to her.” “That’s the Kinda Man I Am” is about attitudes and beliefs inherited, sometimes by force, from his mom and dad. “I believe in the man upstairs, and I believe in our freedoms,” he says, adding the most painful lessons were in learning how to do the right thing. “You did something wrong, you got your ass busted by a belt. One of the hardest things I ever hit in my life was Mama’s backhand.”

“My Son” is a cautionary tale he co-wrote with producer Noah Gordon for the soundtrack of a movie called “Old Henry,” a bit of Pat Garrett and Billy the Kid fantasy. But the song means a lot more to Eddie, the father who lost two sons. “A lot of it is going back into my soul. I taught them how to live. Taught them that some of the stuff I chased, I probably shouldn’t have.  Like my old man said ‘Son, do as I say, don’t do as I do.’”

And there are plenty of fun songs, like “Play That Game,” inspired by honky-tonk mating dances he witnesses from the stage. “Kickin’ It Up” and “Sounds Like a Tuesday” join the ranks of lighthearted songs.

His familiar voice breaks a bit when talking about “She Just Loves Me,” both a thank you and a love note to his wife, Jen Jen, and her devotion. “It’s the first love song I’ve ever written. I’m in love with her. She’s been there to pick me up when I felt down. I can’t say enough about her.” In fact, she was the first one to hear the rough version, after Eddie made an acoustic demo and took it up to the house. He didn’t want to sing it to her, because “I wasn’t for sure I could get through it, singing in front of her.” So, he played her the demo and “It freaked her out.”

It was enough of a reason for celebration that they went to the club and did – as they rarely do – “act like teenagers.” “Now it takes me two days to recover,” he says. “My daddy always told me that would happen.”

The man with the thick, honky-tonk voice and hell-raising reputation, the same fellow who salutes the death of his best friend in this album, admits that things change when a guy ages. “I’m more into staying home and piddling in my garden and stuff.”

Still, after he parks the garden rake and dons that wide-brimmed black hat, straps on a guitar and climbs onstage with The Wild Bunch, “it’s kind of like old times.” Except T Roy is missing. Or is he?  “He’s right there on stage, every time I hit it. He’ll always be there.

“I like writing about everyday life: The good, the bad, the ugly and the party on the weekend. We know life has got a bunch of ups and downs. Stuff’s gonna happen, or you can keep your ass up on the porch. ‘‘Me and T Roy, we always lived life. You live life and make sure you do, ’cause it won’t be here tomorrow.”